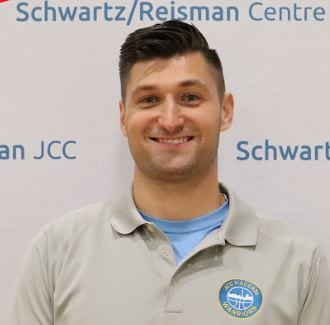 Mateusz J. Ziobrowski is our Commissioner of the JCC Maccabi Warriors Basketball Club.

Mateusz has coached basketball and lead numerous JCC programs since 2009 (including Flag Football). His experience began with coaching with the City of Vaughan and was the Director of Hoopstars Basketball Camp.  Mateusz is a former varsity basketball player for the York University Lions and continues to be involved with the mentorship program and Alumni Network. Mateusz previously played overseas in Poland as well as in the Pro-Am Nike Crown League (against players like Pascal Siakam and Shai Gilgeous-Alexander).

He is a certified Level 2 Ontario Basketball Association coach with the National Coaching Certification Program of Canada. He has an Ontario Federation of School Athletic Association certification as well as Tribes Learning Community Certification. He has graduated from the University of Toronto in Education, holds a degree in Kinesiology and Health Sciences from York University and is currently an elementary school teacher in York Region and has won numerous championships at the divisional, regional and school board levels. He was impactful in aiding our 2009 REP team to win Gold at the Ontario Provincial Cup, won Silver with our 2004 REP team at the Ontario Provincial Cup and won the Bronze medal at the JCC Maccabi Games in 2017.

As the Commissioner of our basketball club, he currently oversees the long-term planning of our basketball operations. Mateusz has grown basketball at the grassroots level and turned the JCC into the premier destination for ball in the GTA! We are excited to continue to flourish with his guidance.

Keir Bryan, a coach with over 20 years of experience (and one many older players in or program are already familiar with) as our new Technical Director of Basketball. Keir has NCAA experience as a player and has previously coached at the Elite level with the Northern Kings, Markham Gators and Ballmatics.

Keir will be overseeing the program and working with our coaches. He is a passionate Basketball Coach and trainer driven to foster winning through advanced player development at an elite level. As a former scholarship student-athlete, Keir has used his extensive experience at the high-performance level to proficiently motivate his athletes to achieve success sometimes beyond their skill set. Utilizing his player development first philosophy and knowledge of playing basketball at the collegiate level, Keir has lead teams under his guidance to the medal round of the Ontario Cup and recently CYBL each year he has attended. 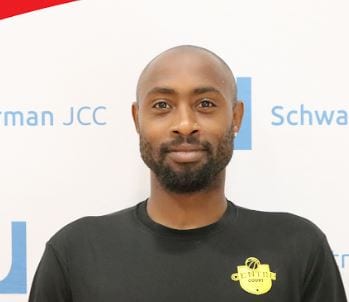 Justinn is originally from New York and came to Canada at a young age. He is a lifelong basketball player, quickly gaining knowledge of all aspects of the game.

In 2015, Justinn received his coaching certification and has since coached both Rep and Recreational teams at various age groups. He started with our JCC Basketball program in 2014. Recently, Justinn led his 2018-2019 U10 Rep Team to a gold medal at the OBA Cup in Division 4. This is the clubs first gold at the provincial cup.

Justinn knows being in a coaching position, that he is a role model for the athletes; not only for how we should act on the court but in life! It is a great feeling to reflect and know that when he coaches, the respect and the smiles he receives from the athletes and their parents is making a difference. 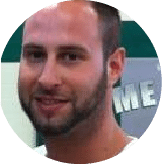 Eric has been a JCC Maccabi Games Coach for Toronto since 201 1. He has coached our teams to numerous medals, and several of his players have gone on to play at collegiate levels.

Eric was a competitive player for years, concluding his playing career at Humber. We are very fortunate to have such a knowledgeable and passionate basketball coach in our organization.